← more from
Cold Busted
Get fresh music recommendations delivered to your inbox every Friday. 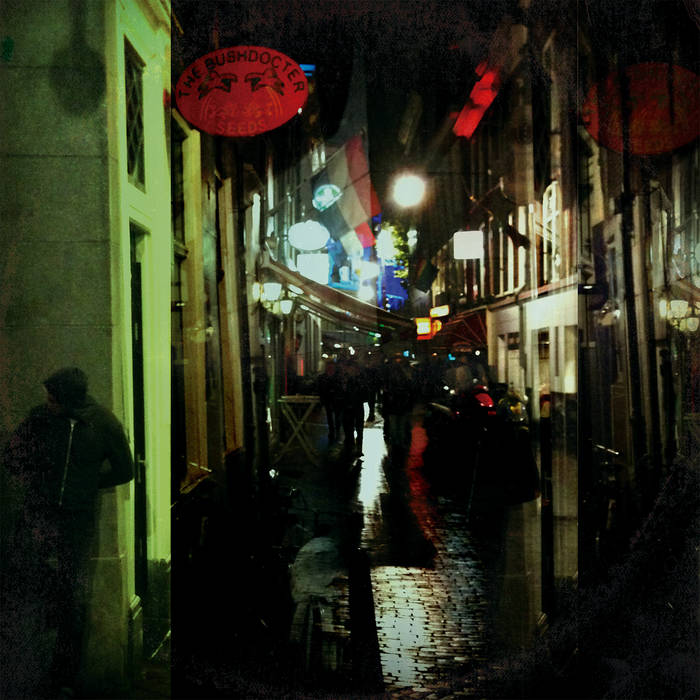 Dr. Beaf I need a open-offer standing order arrangement for Cold Busted. Great label pulling in great talent. The album name aptly sets the mood for the walk home after a rough night (or day). Warm vibes throughout.

Under the glow of moonlight, Zak Damundo has arrived on the Cold Busted label scene with his fantastic debut album 3am. The alias of San Francisco DJ / producer Zach DeVincent, Zak Damundo presents eighteen original and sampled beats that are mixed continuously in the physical realm (CD and vinyl), but also available digitally as individual cuts. An underground dance music veteran, DeVincent is the host of SWIM on Digitally Imported Radio, an affiliate of the Bay Area’s independent hip hop TV program Distortion 2 Static, and has released tunes for the likes of 5 and Dime Recordings, Acryl Music, Looq Records, and Open Bar Music.

3am is aptly titled as the tracks transmit a dead-of-night vibe, with loose rhythms, spacey samples, and lush melodic constructions. The continuously mixed version shows Zak and the album in their element, as a solitary evening journey motoring through city streets is sonically intimated. Individually, the album’s cuts are prime movers for the crafty selector, perfectly elevating the after-hours lounge DJ set. 3am opens with “Soul” which draws from ‘quiet storm’ ’80s funk in the low end and dreamy, ambient ’90s electronica through its swirling pads. The stylistic combination is infectious and continues throughout this evocative album. Other highlights include the echoed guitar chops and rising pads of “Comedown”, “Drift”’s pristine, laid-back jazz-funk textures, the dramatic strings and piano over a boom-bap beat in “Say Goodnight”, and the lovely, immersive hip hop soundscape of “Venice”. Zak Damundo is on point, and 3am is recommended for any nocturnal hour.

Aja Allsop (Ketch A Vibe Radio Show - Impact Radio, Cruise FM, The Jazz UK, others): Tunes for those deep dark moments,when you want to let your soulful side take a chill !

Rusty (All Good Funk Alliance) (Funk Weapons / Super Hi-Fi): dope stuff, digging those "Soul" vibes for shanky. But all the songs are good, thanks for sending over will support for sure.

DJ Nova (Rodon FM 95 / Nova Planet Radio Show): Awesome! Love it! The most lounge moment of the label since Boris Blenn's release on label's early period. Night time jazzed and chilled vibes full of classic downtempo reminiscent of the past which is sounding perfectly refreshed and well shaped.

JEF DAM aka Jeff Fellows (DJ / Music Director Old Man's Bali): digging the laidback vibes. Reminds me of the early Nightmares on wax and K&D, Tosca releases which is a good thing!!

Marco (Radio 105 "In Da Klub" / Tendenzia Radio Network / Gold Paradise Milano): fantastic i olve this beats and soul and whole production in my sets for sure

Jon Fugler (XLNT radio show (Radio Pays de Guéret 96.5 FM) / Fluke): Lovely in the extreme and barely putting a foot wrong with every track. I am sure my favorite will change the more I listen, great stuff. many thanks, x

: Proper music from proper label. Great and important debut on the scene!

Raoul Lambert (FikFak / Swirl People): Certainly some nice cuts in there. Really chilled out vibes. A pleasure to listen at home. I love the mixdown of the tracks also, sounding really crisp & clear.

DJ Firefly (WRCT 88.3 FM (Pittsburgh, PA)): I LOVE this!! Groovy dreamy downtempo... Zak has some great talent and is an excellent addition to the Cold Busted roster. Looking forward to hearing more from him!

DJ Massivefunk (Pig Balls Records / 4MidiLoop Traktor Controller / Funky Bombs): NIce stuff again from Cold Busted, but for me I would not play this record at 3am... more for a Lounge or beach warm up set and for this it works perfect ;-) THANKS 8dpromo!

misterG (Green Arrow Radio Show (weekly on 91.7fm WSUM, Madison WI)): This groove can be felt from head down to the ground and back UP aGain....

Bandcamp Daily  your guide to the world of Bandcamp